Though it can be powerful, network visualization is one of the more complex digital tools available to historians today. As Scott Weingart points out in his blog about the appropriate use of networks, historians must consider not only the nature of the network being studied in relation to  or absence from other networks but also the limits of bi-modal networks in mapping the complexity of history.

Palladio is a network mapping tool developed by Humanities+Design Research Lab at Stanford University.  It was born out of researchers’ experience in developing the Mapping the Republic of Letters Project.   Both Weingart and the Palladio developers observe that the network data available for the Republic of Letters project do not necessarily encompass all the networks  in existence at the time.  Thus, in asking questions of a set of data, it is important to understand whether or not the data do indeed qualify to answer the question.  And, it is here where network visualization can be helpful regarding ‘big data.’  As the Palladio developers point out, it is a tool “for thinking through data” to understand its potentialities and limitations in answering a hypothesis rather than visualizing the answer to a hypothesis itself.  In other words, network visualization often helps to ask questions about what one doesn’t know about a set of data more than it answers a research question itself.

As with Voyant and Carto, Palladio reveals the nuances of  the Alabama Slave Narratives in relation to their context in the larger corpus of the Slave Narratives as a whole.  One might wish to ask questions about the experience of enslaved people in Alabama, and Palladio helps the researcher to understand the nuances of the data set such as the extent to which the interviewee was male or female, working domestically or in the field or the relative frequency of topics different groups of enslaved people recounted.   Palladio also helps the researcher to understand whether or not the person was, in fact, enslaved in Alabama at all.  As with Carto, Palladio makes it abundantly clear that the experiences illuminated in the Alabama Narratives actually occurred in other states.  However, unlike Carto, Palladio allows the researcher to connect where a person was enslaved to the location, date and compiler of the interview material.  Thus, to understand the experience of field slaves in Alabama, a researcher would need to ask this research question of a differently nuanced subset of the entire Slave Narratives rather than of only the Alabama Narratives based on the prima facie evidence in its title.  The researcher could then use Palladio to create a new map of a revised data set in order to posit the original research question.

Working with Palladio was fairly straight forward, and helpful tutorials for working with the browser are available.  However,  it was time consuming.  In my experience, Firefox did not work well with Palladio.  It was impossible to name the projects and data sets as the interface did not work.  This is a shame because Firefox has a handy tool to select material for screenshots that is unavailable in Chrome which proved to be a more stable platform.  Even if I saved the Palladio file with a .json extension from Chrome and reopened the file in Firefox, the project names and table identifiers were still invisible.  Using the screenshot feature would have been helpful because exporting .svg files also proved a bit unwieldy. 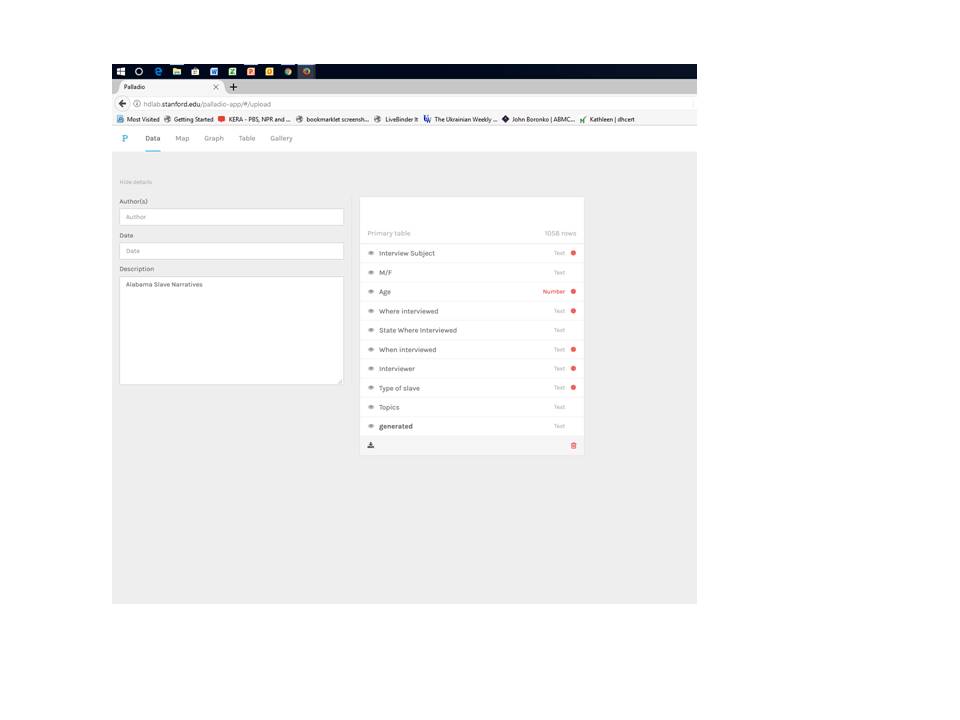 The second challenge to working with network mapping tools such as Palladio is that visualizations do not automatically generate in a readable output.  Rather, they tend to show up in a tangle of data.  Turning links on and off and resizing or highlighting nodes can help. 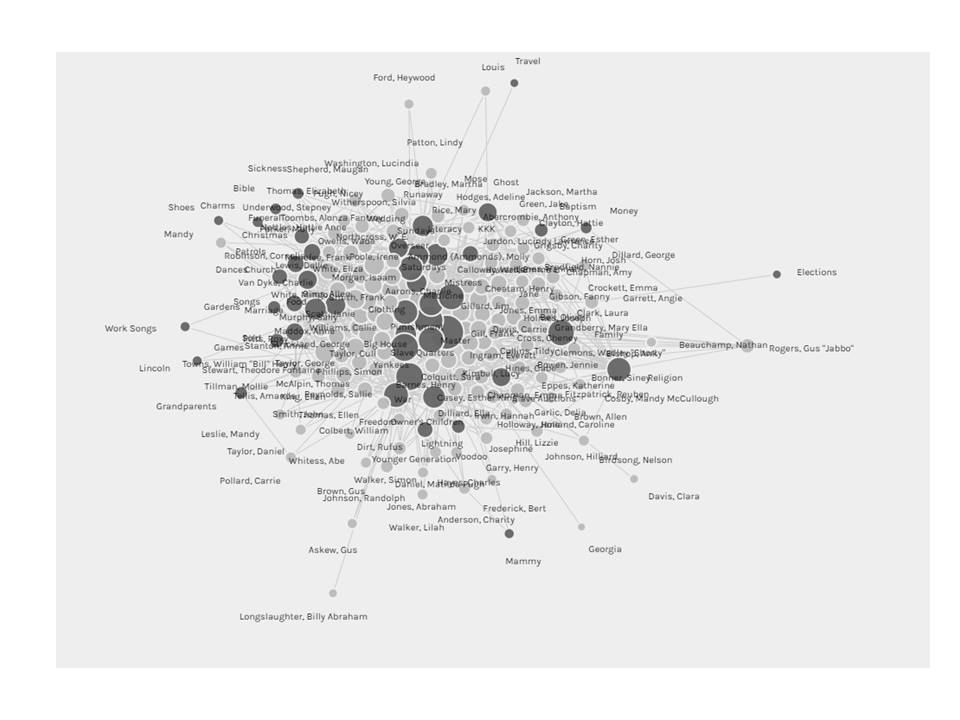 However, even in this case, the data can be incredibly difficult to read because of the congestion of the data points. 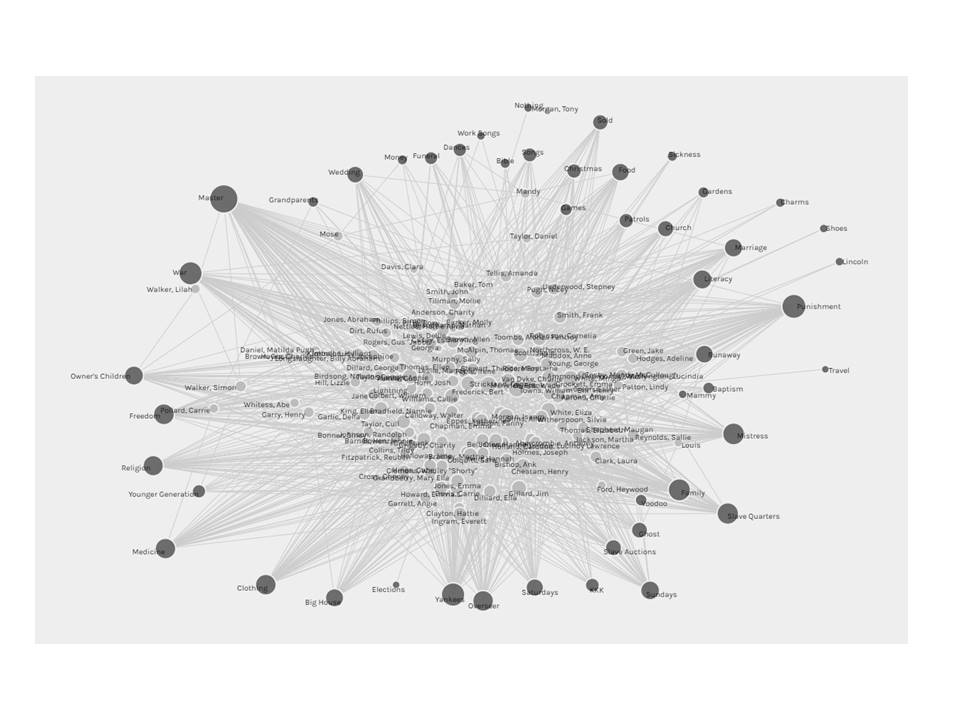 In this case, using the ‘facets’ tool at the bottom left of the screen can narrow the focus to a particular topic of interest, such as ‘religion,’ allowing the researcher to gather information about the data points in a more visually understandable format. 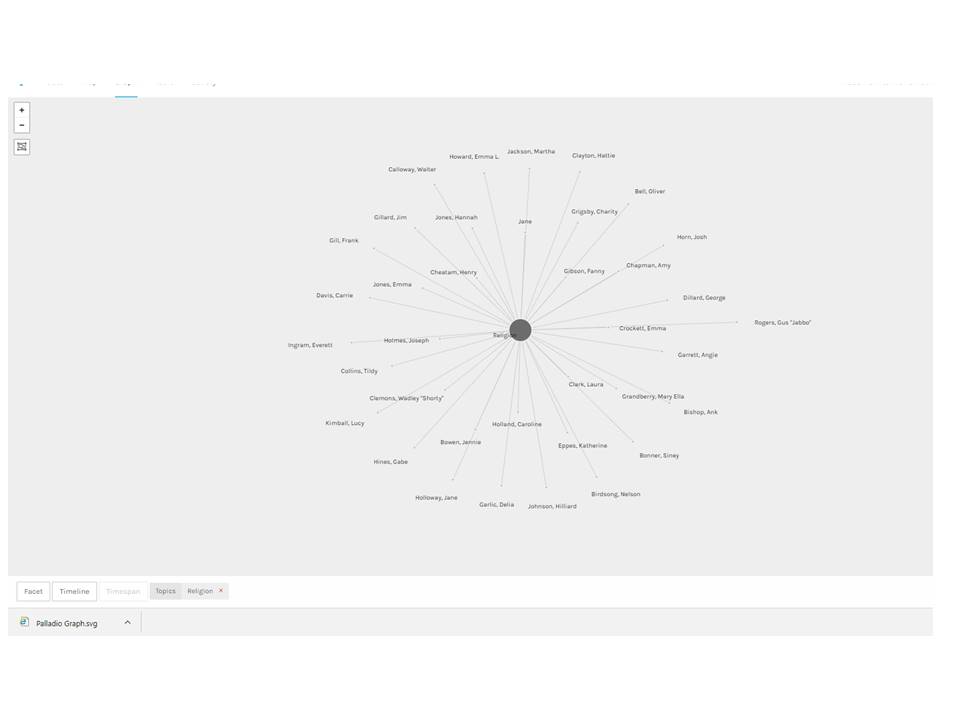 One other limitation of Palladio is that no “login” feature is available to save work in an account and come back to it later.  Visualizations must be completed in one browser sesion, and ‘tweaking’ the data often meant that work done to ‘untangle the knot’ was often lost.

Nonetheless, Palladio is an important tool for asking complex questions about data.  On a different level, I can see how it might be used to map less complex data sets.  Throughout the course, I have been thinking about how to incorporate the tools of digital history in my own middle school classroom in hopes that teaching the thought process behind these tools at its most basic level could help to train the digital historians of the future.  In a few weeks, my students will explore the network of relationships in Renaissance Florence as patrons and artisans co-existed in the cradle of Humanistic expression.  It would be interesting for them to create simple data tables based on their research that could be loaded into Palladio in order to express these relationships visually.

Part of my inspiration for the project is Paul McClean’s Art of the Network.  Much like the Republic of Letters, McClean relies on letters for his research.  Perhaps one of the future historians in my classroom  will someday use a version of Palladio to ask questions about these same data points and create a more sophisticated map that enables new scholarship in this area by using digital tools to better understand the data.